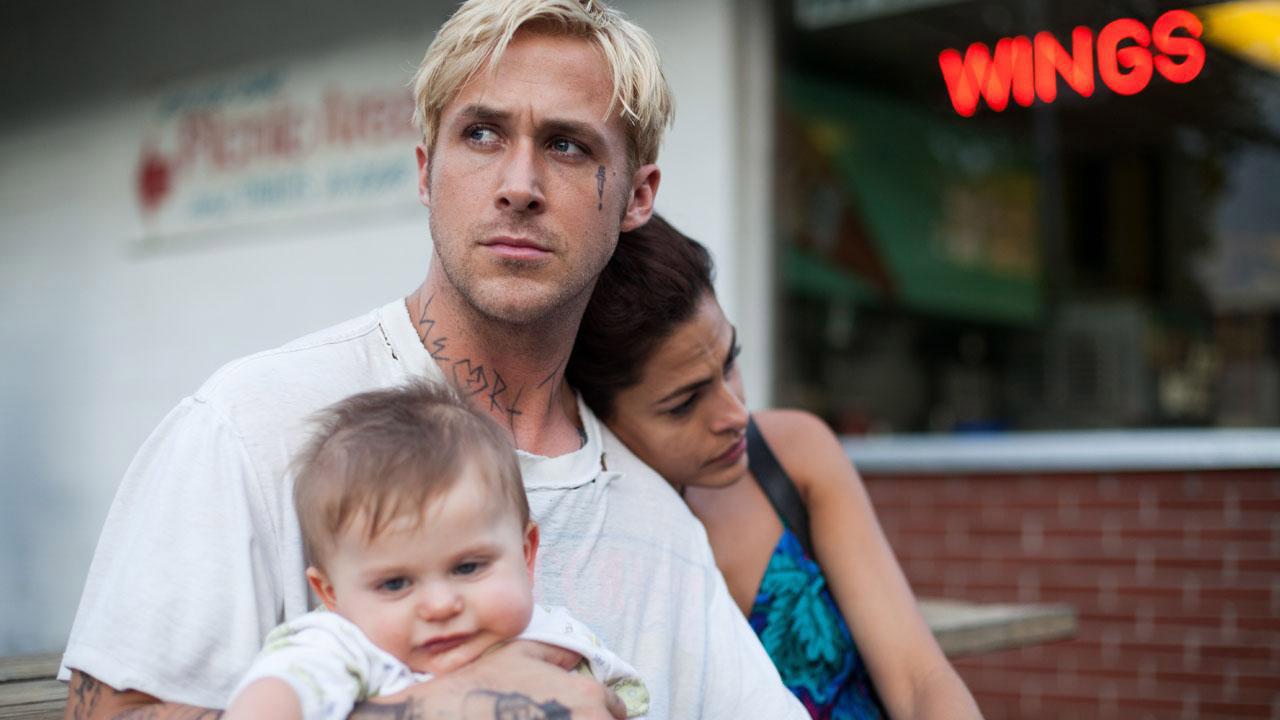 If I've learned one thing during January's inaugural PopGap challenge, it's that I really don't like the movies of Derek Cianfrance. I hadn't seen either of his two major releases prior to Flickhart's recommendation of them as among the top movies I've overlooked so far this decade. I thought Blue Valentine was an interesting effort, albeit laughably executed, but at least it's better than his uninspired follow-up, The Place Beyond the Pines.

This poseur retread crime drama stars Ryan Gosling as Luke, a motorcycle stunt driver in a traveling carnival, but he leaves the roadshow behind when he learns that a fling the year before produced a child. Naturally, Luke turns to crime to support his infant son, and so must endure the hardships endemic to that occupation. Luke's desperate hijinks run him afoul of Avery (Bradley Cooper), a rookie cop with political aspirations.

Despite the simple premise, this is a sprawling epic whose scope is matched only by its lack of imagination. All of the characters are insipid, charmless dimwits, but Cianfrance tries to obscure this shortcoming with many long takes of Gosling and Cooper pensively staring into space. At least Luke is taciturn, so we are spared the atrocious babbling improv Gosling inflicted on us in Blue Valentine.

The Place Beyond the Pines takes its stylistic cues from the gritty crime films of the 1970s — and Cianfrance is technically adept at recreating those textures; technically his movies are quite good — but his story and characters lack the quirky indviduality that distinguished the good films of that wonderful era. Instead, he is just regurgitating tropes and adding no flavor.

While lesser movies might entrust their quality actors to raise them from mediocrity, Cianfrance fails to bring any noticeable quality out of his actors, muddling them in the quicksand of his shallow, portentous longings. Cooper in the hands of David O. Russell is a marvel of personality and emotion. Under Cianfrance's spell, he's just a cardboard phony with no inner-life and after-school special ambitions. As for Gosling, I'm beginning to worry about him. His one-trick of long blank takes upon which audiences have projected greater meaning may be in the process of being revealed as simple typecasting.

The one thing Cianfrance is terrific at, however, is developing weird, versatile and memorable looks for Gosling, who, in this, looks like a gang-affiliated thrift-store mime. That's something, I suppose.

Trailer for The Place Beyond the Pines (2012) 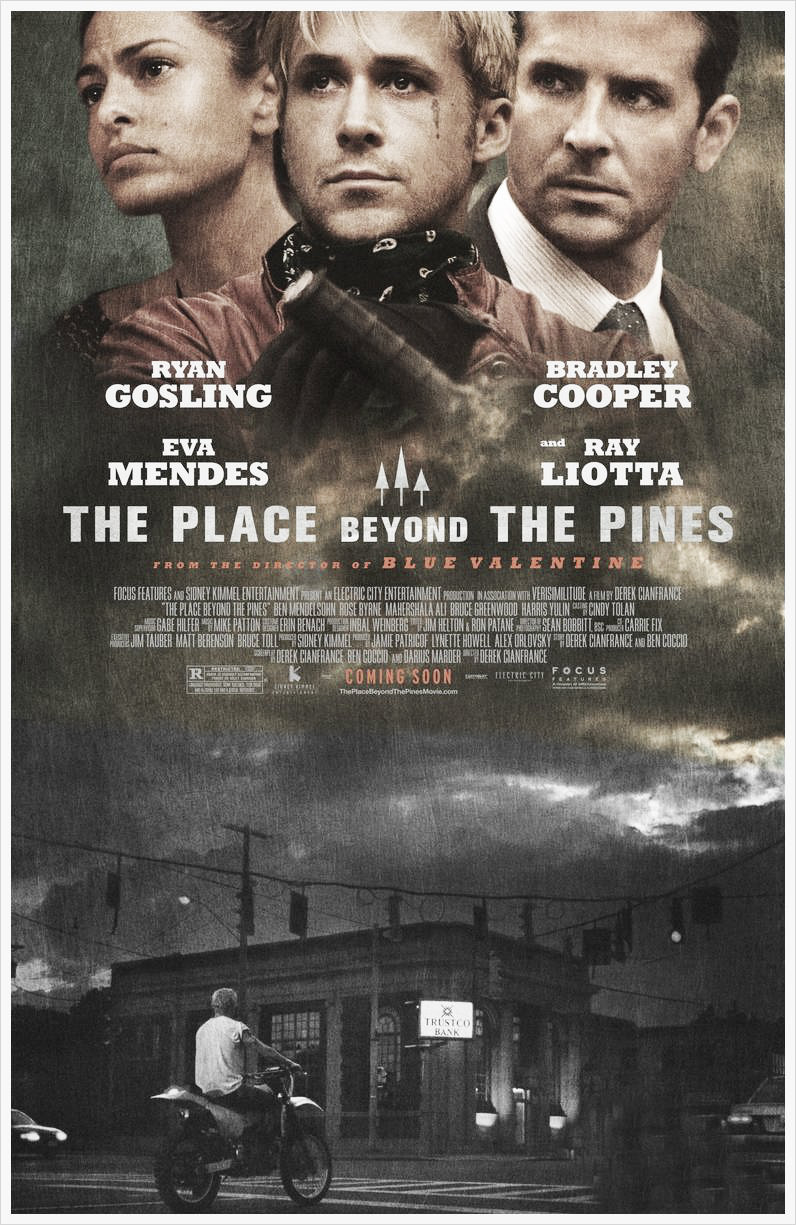